After an early wake-up, we took an Aeroflot flight from Moscow’s domestic Sheremetyevo Airport towards the Caucasus Mountain Range. 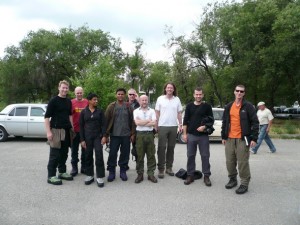 We landed in Mineralnye Vodi (“mineral waters”), which despite the nice name, is located in a troubled region of Russia. Approx. 170km east of Mineralnye Vodi is Chechnya, but we headed the same distance south through the Baksan Valley to the base of Mount Elbrus, which sits very close to Russia’s troubled border with Abkhazia and Georgia. 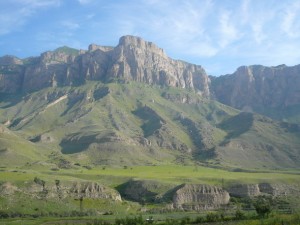 It was raining pretty hard and close to the city of Terskol, we almost got into a car accident: an oncoming car started skidding on the slippery mountain road and to avoid us, the driver steered into the bank next to the road, which caused the car to flip onto its roof and then landing back on the road the right way up. The four passengers inside were all about 70 years old and while shaken, fortunately no-one was hurt despite the driver’s door window being crushed by a big rock.

We finally arrived at our destination, a small village outside of Terskol at roughly 2300m altitude, after spending almost four hours to cover the 170km distance. We were greeted by our local guide Gennadi, who spent several years fighting in Chechnya as part of Russia’s military and was now the town’s local hero as a competitive snowboarder. 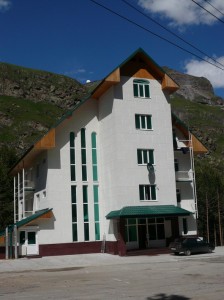 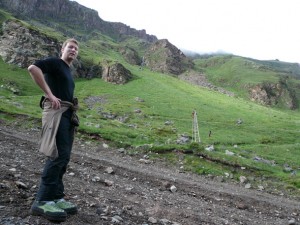 Red Square – the heart of Moscow

Training on the glacier