This year was always going to be special – after all it’s the 60th anniversary of the first ascent of Mount Everest by Sir Edmund Hillary and Tenzing Norgay. 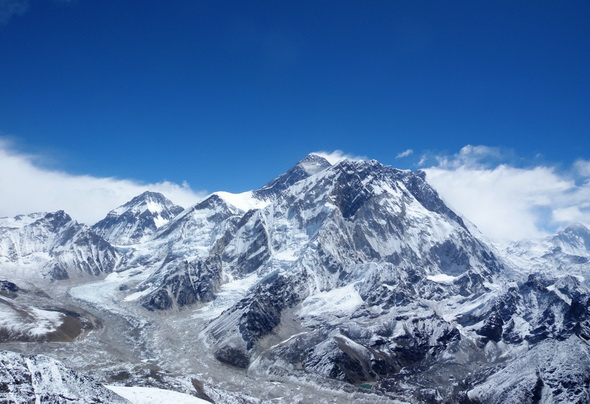 There was unprecedented coordination of climbing and summit push strategies between teams – everyone keen to avoid the traffic jams of last season on both the Lhotse Face and the Hillary Step, which I had experienced first-hand.

Fortunately, this season was also characterized by a long summit window, from May 17-25th, with excellent weather. This, along with the coordination between teams ensured that most climbers avoided major traffic jams during their summit pushes and based on latest count almost 190 climbing license holders reached the summit – reflecting a 44% success rate.

Among those successful was Dave Hahn, who recorded an amazing 15th summit – a record for a non-sherpa climber. The Sherpa record of 21 summits is shared between Phurba Tashi and Apa Sherpa.

Unfortunately, this season will also be remembered for negative things. Nine climbers lost their lives during the season, just shy of last year, which turned into the second deadliest in history. Among the deaths was very experienced and much liked Alexi Bolotov from Russia.

The season will also be remembered for a fight that took place in Camp 2, at 6500m, on the South side, between Simone Moro and Ueli Steck and a group of Nepali Sherpa – triggered by an unnecessary incident above 7000m on the Lhotse Face. Much has been written about the incident, so I will only state that the resulting negative publicity towards mountaineering across the globe was unfortunate and will take long to erase from the minds of the general public.

60th Anniversary of the First Ascent of Mount Everest