60th Anniversary of the First Ascent of Mount Everest

At 1130 local time on May 29th, 1953 – exactly 60 years ago, New Zealander Edmund Hillary and Nepalese Sherpa Tenzing Norgay made history by becoming the first people to reach the summit of Mount Everest. 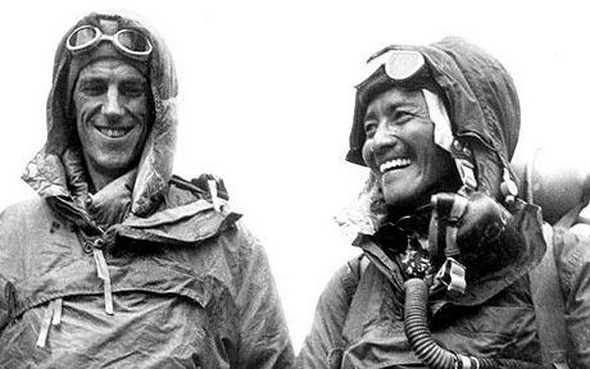 Hillary and Norgay were part of the ninth British expedition led by John Hunt and financed by the Joint Himalayan Committee of the Alpine Club and the Royal Geographical Society, which had decided to attempt the summit via the South Col route from Nepal.

Nepal had only opened its doors to expeditions in 1950 and Hillary was part of a British expedition in 1951, which had surveyed the route and confirmed that it could be used to reach the summit. However, their attempt had been stopped by an impassable crevasse in the Khumbu Icefall.

Further, Norgay had been part of a failed 1952 Swiss Mount Everest Expedition, during which he had been personally forced to abandon the summit bid 150 meters from the South Summit, which stands at 8750m.

During this early period of exploration on Mount Everest, the Nepalese government limited expeditions to only one per year and given that a French expedition has received the permit for 1954 and a Swiss expedition for 1955, the British team was under pressure to claim the first ascent.

The expedition established a total of six camps to reach the South Col at 7900m and launched the first summit bid, by Tom Bourdillon and Charles Evans on May 26th, using closed-circuit oxygen systems. The two-man team became the first to reach the South Summit at 8750m, but was then forced to abandon their summit bid due to becoming exhausted as well as having problems with the oxygen systems and running out of time.

On May 27th, the expedition launched their second and last attempt at the summit by the climbing pair of then 33 year old Edmund Hillary and 38 year old Tenzing Norgay. The pair reached the top of the world at 1130 local time on May 29th, achieving the historic first ascent of the highest mountain on earth. 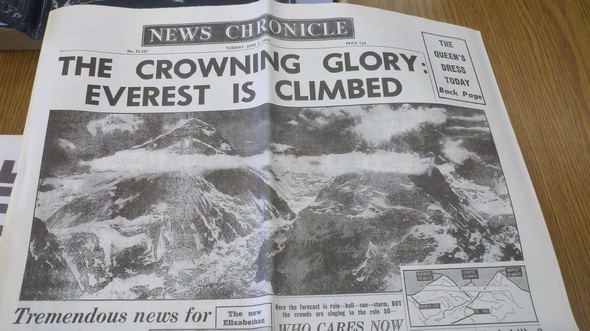 News of the expedition’s success reached London on the morning of Queen Elizabeth II’s ation on June 2nd, 1953. By the time Hillary and Norgay returned to Kathmandu some days later, they had been knighted by Queen Elizabeth II. However, more importantly, they had inspired thousands to pursue their footsteps to the top of the world, including myself.

1st Anniversary of my Everest Summit!