Glenn met us at midnight to take us for yet another overnight flight – this time to Timika, a city on the island of Papua, where we met the last member of our climbing team, Bart, a university professor from Poland, as well as our expedition leader Meldy and climbing leader Poxy.

From Timika, we continued on a private charter flight to a small village of Sugapa at 2000m altitude where we were greeted by local Dani tribe, discovered only some 60 years ago. 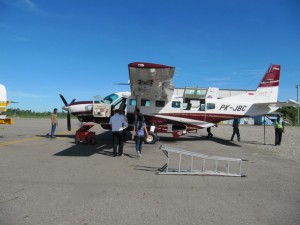 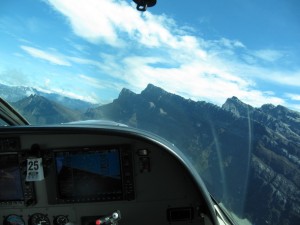 Many of the villagers wore nothing other than a koteca, a penis guard, and carried bows and arrows. 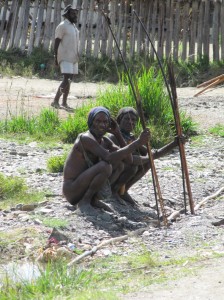 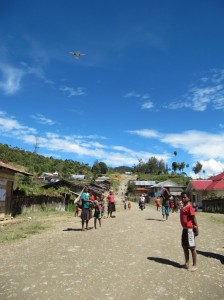 At the village, we relaxed while our guides handled the highly political task of selecting porters for our 100km trek through the jungle to the base of Carstensz Pyramid. The tension was highlighted by a fight that broke out between the porter candidates during the selection process.

Each porter gets a fee equalling approximately three times the monthly salary of average government employee, so each clan within the tribe wanted some of the places and our guides had a difficult time to negotiate so that most clans would be happy. The negotiation was characterised by rumours suggesting that so and so clan was planning a road block for us as they were unhappy with the proposed arrangements. 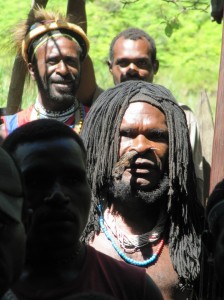 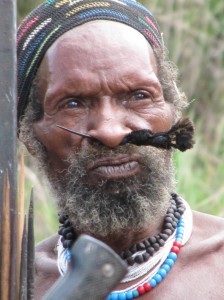 As sun started to set, the porter selection was completed and we fell asleep in a house with a bizarre display of stuffed birds sitting on tree branches – most of the birds with no heads. 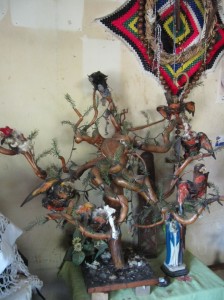 One Response to Birds with no heads