We were woken up at 0500 and taken to the helipad for a helicopter charter to Timika. However, our departure was delayed due to the confusion about who’s our sponsor in Tembagapura (apparently everyone needs one there) and we were only allowed to depart once that was clarified. 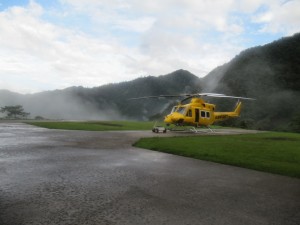 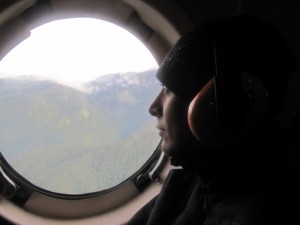 A representative from our trekking company met us in Timika and arranged tickets for a connecting flight to Bali, where Glenn picked us up and took us to a hotel and told us that Bin Laden had been killed by US Navy Seals.

Glenn also brought a bag, which we had left with the trekking company, with clean clothes (rest of our gear is still in the jungle with the porters).

After long showers, we watched CNN talking about Bin Laden and as we walked around Kuta Beach, we could feel tension amongst security personnel everywhere – realising that Kuta Beach had been the target of an Al Qaeda-related bombing in 2002.