Delanii got a “VIP room” at the hospital, however, the only luxury turned out to be a private shower and toilet, which I used to wash-up before falling asleep on the floor (no extra bed available). 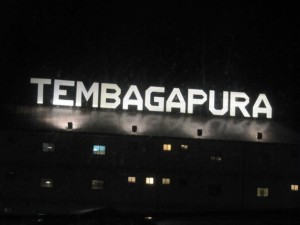 In the morning, several doctors visited Delanii, including one that questioned whether we had the appropriate permits to climb the mountain (which we did) and then continuing to make a bizarre statement that he’s in charge and needs to know everything that happens on the mountain and that he didn’t know about us. 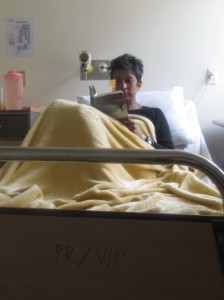 In the afternoon, the doctors deliver their verdict, concluding that Delanii’s collapse was due to exhaustion and dehydration and decide to hold her for observation for another night, while they also decide how to get us out of the “private area” – the entire city of Tembagapura is owned by the mining company and its off-limits for anyone not associated with the company.

Evacuation to a hospital