On the summit of Carstensz Pyramid!

We got up at 0100 with the plan to start for the summit at 0200. However, with heavy rain starting during the night, we delayed our departure until 0240. 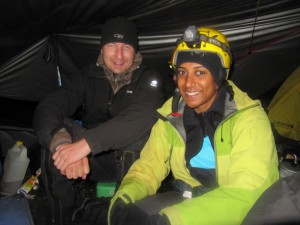 We trekked for an hour to the bottom of fixed ropes where we clipped on the ascenders (jumars) and started heading up the mountain with water gushing down the climbing path in many places.

At 0800 we reached the Tyrolean Traverse, a well-known place on the mountain, where a set of wire cables connect two peaks approximately 20 meters apart, with nothing but emptiness below. With only one guide, Poxy crossed the traverse first, leaving me to secure the remaining climbers on the cables. 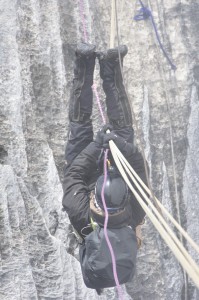 I led the group after the traverse and reached the summit of Carstensz Pyramid at 4884m at 1005 as the first climber. The rest of the group, led by Delanii arrived at the summit at 1025.

We enjoyed beautiful views from the summit, including Grasberg Mine, the largest gold mine in the world and the 3rd largest copper mine, operated by Freeport McMoran company. 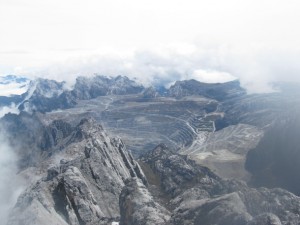 At 1130, after taking some summit photos and eating a bit, we started our descent. 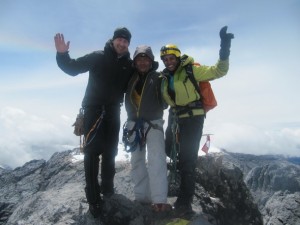 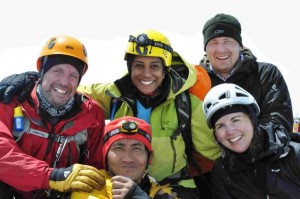 Delanii and I reached the bottom of the fixed ropes at 1635, wet and exhausted. 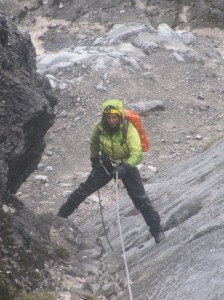 We waited for the rest of the climbers to reach us and then started the trek back to base camp together, reaching our tent at 1830 after a 16 hour summit day.

Trouble on the mountain