Race to the South Pole

On the 14th of December 1911, or exactly 101 years ago, a five-man Norwegian expedition, led by then 39 year old explorer Roald Amundsen, became the first in history to reach the geographic South Pole. 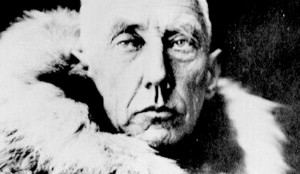 Amundsen had been fascinated by exploration for years and had taken part in the failed Belgian Antarctic Expedition in 1897-1899 as well as led the first expedition to successfully traverse Canada’s Northwest Passage, between the Atlantic and Pacific Oceans in 1903-1906.

However, Amundsen is no doubt best known for his successful expedition to reach the geographic South Pole. His expedition reached the geographic South Pole approx. five weeks ahead of a competing British party, led by Robert Falcon Scott, which also reached its target, but unfortunately Scott and his four companions perished on their return journey. 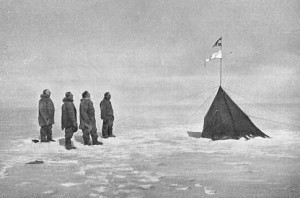 Amundsen’s expedition has been recognised for its careful preparation, good equipment and clothing, an understanding of dogs and their handling as sled dogs as well as the effective use of skis.

Amundsen himself emphasized the role of the preparations in their success: “I may say that this is the greatest factor, the way in which the expedition is equipped, the way in which every difficulty is foreseen, and precautions taken for meeting or avoiding it. Victory awaits him who has everything in order, luck, people call it. Defeat is certain for him who has neglected to take the necessary precautions in time, this is called bad luck.”

Amundsen’s expedition took 54 days to reach the geographic South Pole from the edge of the Antarctic ice shelf. I’d love to see whether I could match that one day.